While the jury of the European Cartoon Award is busy selecting the winner and runners-up for this year’s edition, we asked some questions to the ECA 2020’s shortlisted cartoonist.

1) How did you become a cartoonist?

Halit: I was actually a painter. I was living my life drawing oil paints, watercolors, still lifes or portraits. One day I saw a poster and my life changed. That poster was the promotional poster of a cartoon competition. I participated in this competition and won an award. That’s how I stepped into the world of cartoons, albeit by chance.

Costel: I started making caricatures in 1989, immediately after the Romanian Revolution, when the communist regime fell. All the people had at that moment an irrepressible feeling of freedom of expression, most Romanians wanted to say something… I took my chance to make my expression public, in this particular graphic way, in newspapers. And I have never stopped since!

2) Why are political cartoons important?

Costel: I believe that the measure of a cartoonist is given by the importance of the topics he approaches, and the political caricature is one of the most important! Why? Because political decisions, especially in my country, have an immediate impact on our lives, and too many times in the wrong way…  A cartoonist must be careful and react, with his means, when things do not work properly. I often compare the work of a cartoonist with that of a clean-up fish in an aquarium, that does something useful for its environment.

Hajo: Cartoons won’t overthrow governments, or change the opinions of a radical group or individual. They will, however, give people a handle for their beliefs. I can therefore empower a person or group,  or deepen a thought.

Marco: Political cartoons are important because they really are a form of journalistic commentary, they are like an editorial, but using images. Cartoons can be without words (only with a graphic metaphor), or with a caption or a balloon, but their strength is always the conceptual and visual synthesis. There lies their strength, in their ability to make people smile and think at the same time, leaving a mark in the mind and the eyes of the reader.

3) Why do you think it is important to award cartoonists?

Bo: to raise awareness on a profession that is under severe pressure from totalitarian thinking in any shape and form. Moreover, on a personal level, it is obviously a great honor to be presented alongside fellow European Press laureates.

Costel: Cartoonists are a rare species because this profession must meet a number of qualities hard to find in one person: graphic talent, humor, conciseness, being informed, civic courage, and being aware of the status of moralizer a cartoonist has. That’s why there are few cartoonists… Why should cartoonists be awarded? Because civic courage must be appreciated and stimulated. Speaking truth at any cost has become such a rare attitude in the conformist society in which we live today.

“I often compare the work of a cartoonist with that of a clean-up fish in an aquarium, that does something useful for its environment.”

Marco: I think it’s important to award cartoonists because they carry out critical and informative work by helping people to understand the facts and see them in their harsh reality, with the therapeutic help of a smile. In many countries, the work of cartoonists does not offer easy earning opportunities and in many others, they risk their liberty or life. I believe it’s a duty to protect and defend the work and lives of all these authors. 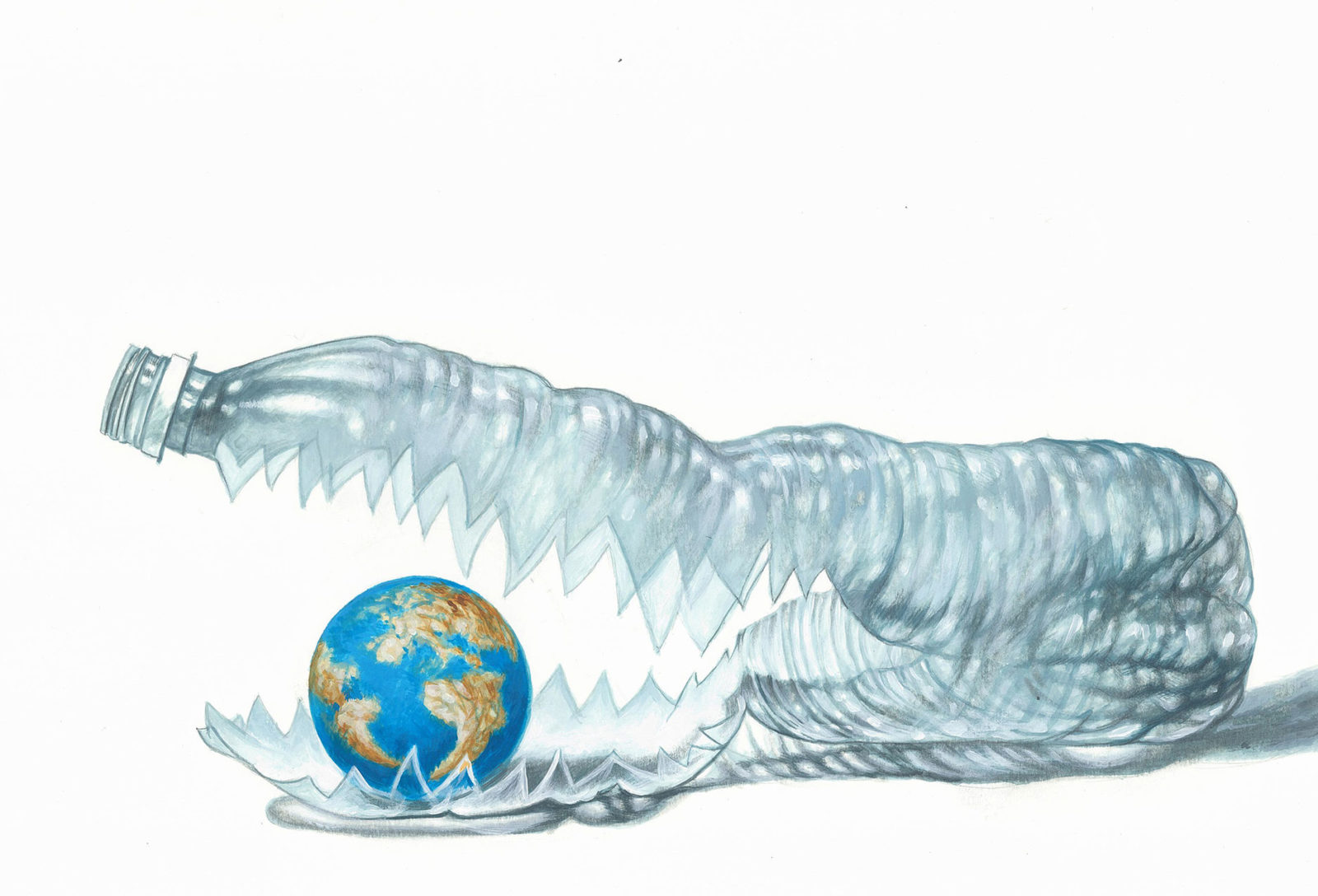 The drama of plastic pollution, by Agim Sulaj

4) What is the most frustrating thing for a cartoonist?

Claudio: I usually say that I am very afraid of self-censorship. Brazil is reliving, with the Jair Bolsonaro government, after the period of the military dictatorship (1964-1985), a climate of terror: we again have a lot of disrespect, intimidation, and disproportionate persecution of journalists (cartoonists) and freedom of the press and expression.

Halit: Cartoons represent freedom, courage, intelligence, tolerance etc. Despite this, many cartoons are censored in many countries, and their cartoonists become open targets. Personally, many of my cartoons were censored. I was threatened many times because of the cartoons I drew. This is quite frustrating. But I did not give up, I continue to draw.

Another frustrating issue is copyright infringement. Our works are often used without our knowledge and permission. After all, cartoonists are also workers and labor has a price. It is very frustrating to have our works stolen.

Hajo: The most frustrating thing for a cartoonist is to be misunderstood by the public. It’s frustrating because you might think it’s the readers’ fault, but it comes down to the fact the cartoon is just not clear in its message. 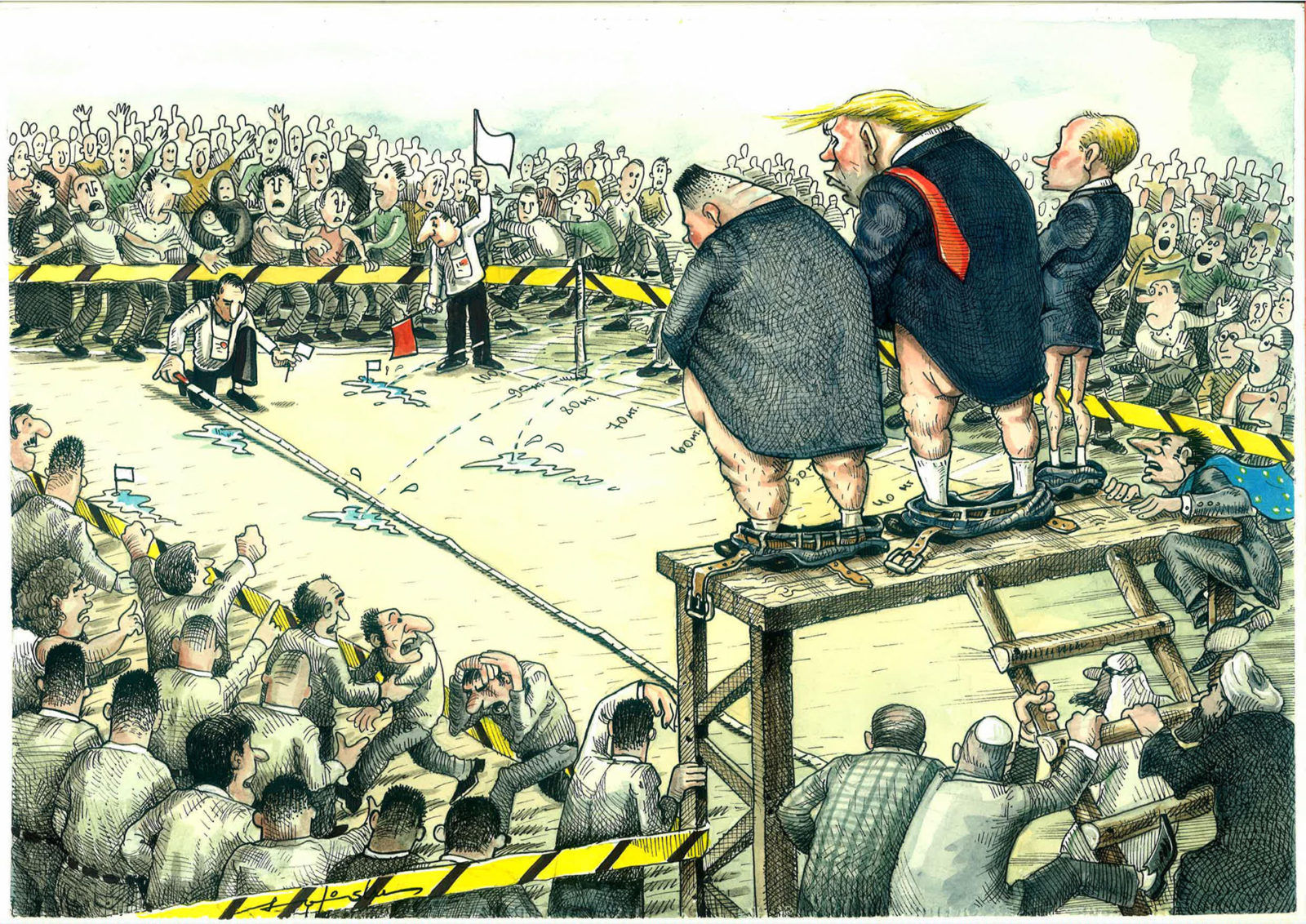 Claudio: Practice, practice, and practice drawing, without caring so much about criticism. Thoroughly research the styles of classic and avant-garde painting artists and the most outstanding cartoonists over the centuries.

Bo: Ask questions –  your audience will answer them. 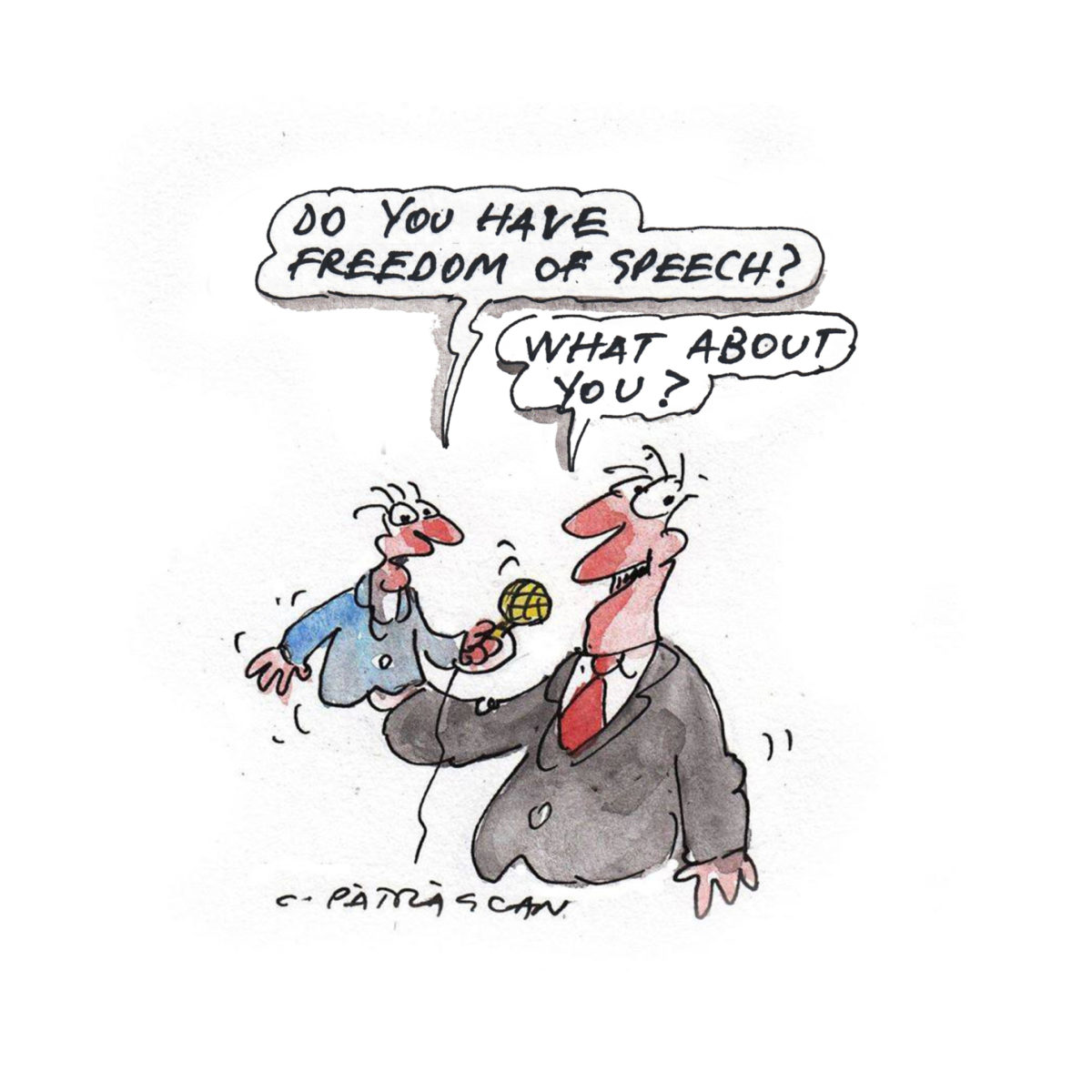