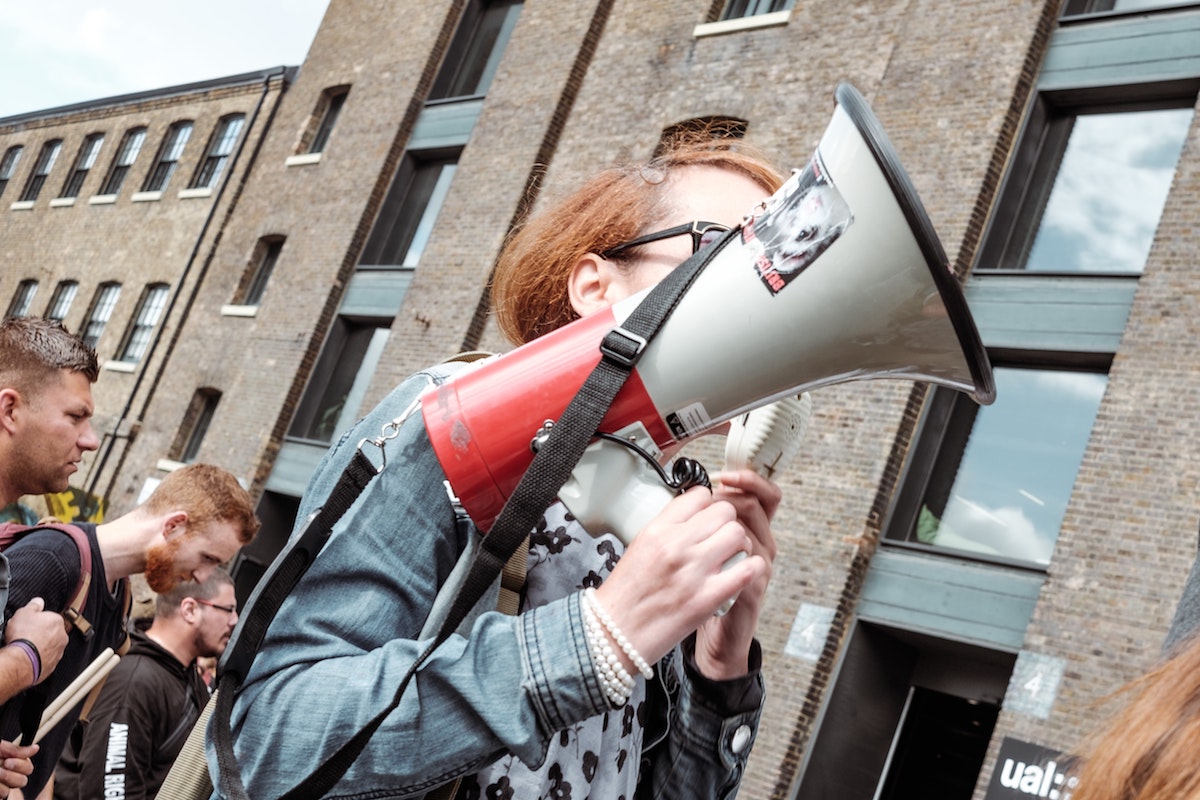 No story is too small to tell. No newsroom is too small to report it. Here is an account of 14 compelling stories from the European Press Prize over the years – between winners and nominees – that prove great journalism is also about amplifying the voices of the voiceless.

1. ‘Your husband voluntarily went under fire’

By Elena Kostyuchenko. 2015 Winner of the Distinguished Writing Award

Evgeny Korolenko was born in the Soviet Union in 1967 and died in Ukraine in 2014. His story sheds light on the lives of those who have crossed the border from Russia to fight – and the efforts taken to cover their traces. 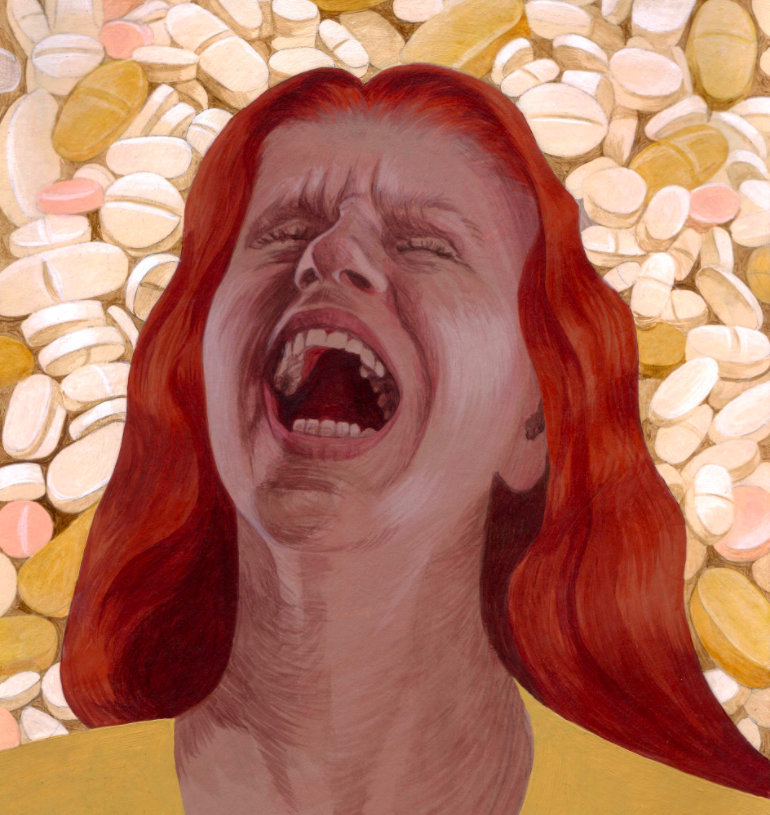 By Justyna Kopińska. 2016 Winner of the Distinguished Writing Award

This reportage tells the story of a highly esteemed head of a psychiatric hospital, who for two years tortured the children in her care. The story was confirmed by numerous inspections. Five years after the violence had been discovered, she was still working as a psychiatrist as well as an expert witness on mental illnesses in the same district in which she had already been charged with child maltreatment.

By Elena Stancu. 2016 Nominee for the Distinguished Writing Award

A case of domestic violence degenerates into murder before the very eyes of a community where people don’t interfere into someone else’s family.

By Felix Hutt. 2017 Winner of the Distinguished Writing Award

On August 27, 2015 an abandoned lorry was parked on a parking bay on the motorway in front of Vienna. In its load compartment: the corpses of 71 refugees. Their death becomes a symbol of failed refugee policy and unscrupulous smuggling. But the dead are soon forgotten. Who were these people? ’71 Lives’ reconstructs the tragedy. 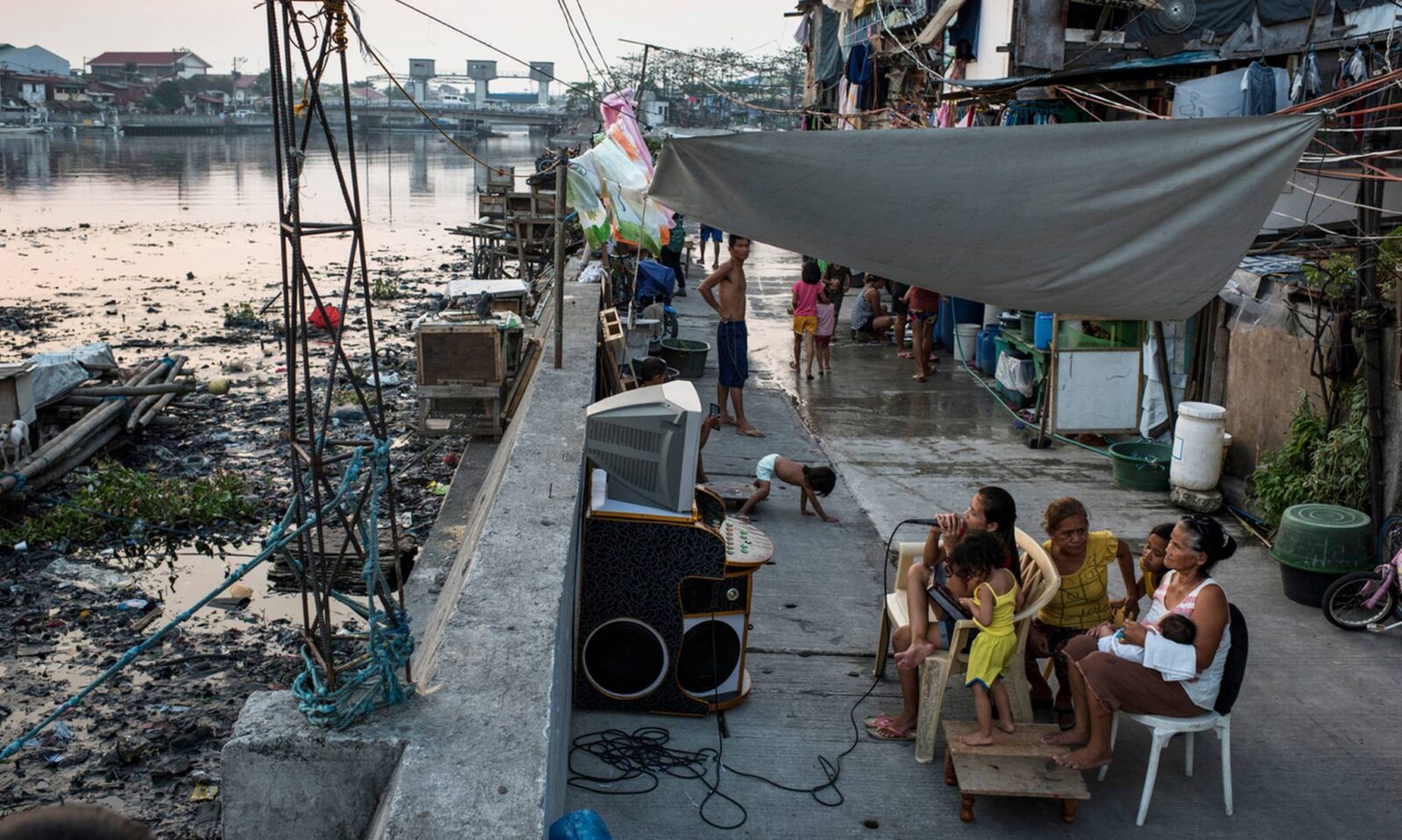 By Ida Nyegård Espersen. 2018 Nominee for the Distinguished Reporting Award

Dehumanisation: 16-year-old Nercy Galicio wrote for the last time in her diary on April 16, 2017. Two days later she was found dead on a roadside, killed by three shots. More than 7,600 people had been killed since the Filipino president declared war on narcotic drugs. “This is how a society looks when its leaders normalise killings.”

The ‘Jailed for a Like’ series tells the stories of ordinary Russians who have been prosecuted and even imprisoned for their posts and shares on social media. As the Kremlin retains a firm grip on the traditional media in Russia, these arrests have widely been seen as an attempt to stifle free speech online.

The French Catholic Church has for years protected priests (and others under its authority) who were accused of sexual assaults and pedophile crimes in particular. This Mediapart investigation reveals how 25 bishops, five of whom are still active, were directly involved in protecting 24 people, mostly priests, accused of sexual abuse. 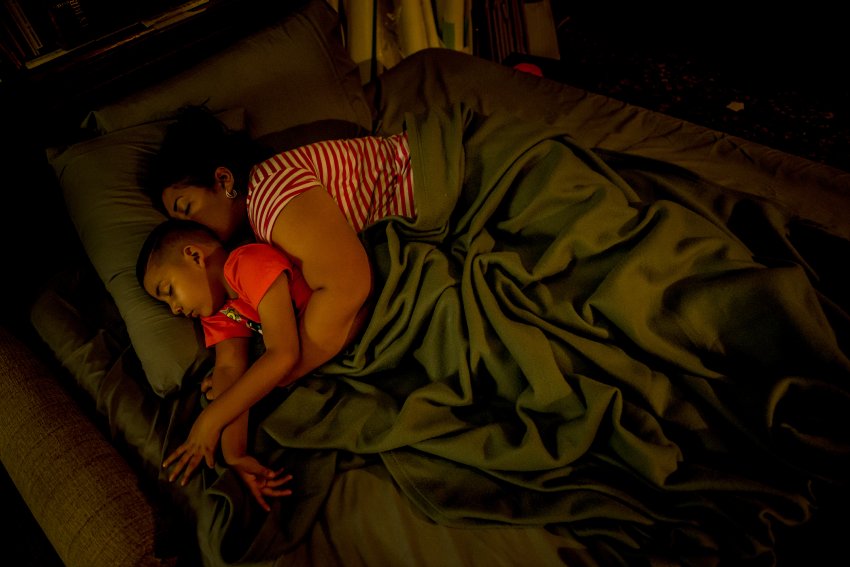 A mother and her 6-year-old son fled to Texas from the violence in their homeland of Honduras. When they arrived, young Samir was ripped out of his mother’s arms. Two months later, they found each other again, but something had changed.

9. ‘Prisoners of the fourth floor’

By Ewa Wołkanowska-Kołodziej. 2019 Nominee of the Distinguished Reporting Award

This piece describes a large – and growing – group of Poles that is virtually nonexistent in public debate: the elderly who haven’t left their homes for years for one simple reason: the multi-story buildings they live in have no elevators. The fourth floor is an exotic and sad world, reached by hardly anyone or anything.

By Isobel Cockerell. 2020 Winner of the Distinguished Reporting Award

China is waging a digital war on its Muslim minorities. Xinjiang has become a suffocating information vacuum. But in a small neighborhood in Istanbul, a digital resistance has begun.

This was one of a few entries the Press Prize has received from Georgia, which showcases the lasting impact even small countries and publications can have on European journalism.

11. ‘‘I’ve seen death in this city, but nothing as sad as this’: how a ferry disaster exposed the corruption devastating Iraq’ 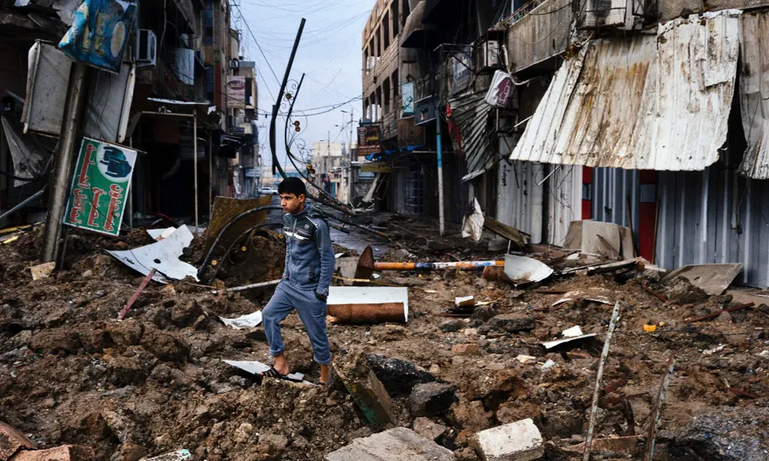 By Ghaith Abdul-Ahad. 2020 Nominee for the Distinguished Reporting Award

After surviving years of terror under Islamic State rule, the people of Mosul were just beginning to live their lives again when tragedy struck in March 2019. A ferry carrying holiday-makers to a pleasure island on the Tigris overturned in fast-moving water, and 128 people – many of them children – drowned. Ghaith Abdul-Ahad tracked down three people who had been on the ferry with their families when it sank, and, with razor-sharp observation and exquisite humanity, recounts the unbearably sad stories of their trauma and loss. It is an original and unforgettable account of people who feel utterly betrayed, and of how a society constantly faced by tragedy copes with the injustice that trails in its wake.

12. ‘The Bangladeshi shopkeepers who took on Sicily’s Cosa Nostra mafia’

By Ismail Einashe. 2020 Nominee for the Distinguished Reporting Award

Bangladeshi shopkeepers suffered years of threats and extortion in Palermo. Then they stood up to the gangsters — and won.

By Aleksey Karpeka. 2020 Nominee for the Distinguished Reporting Award

In this article, Aleksey Karpeka travels to the Belarusian city of Lóyev in order to document the city’s first ‘Day of Sobriety’. There, he’s able to document, despite the animosity of the locals towards himself, the underlying hopelessness and disdain for typical life, for which alcohol provides a respite. Additionally, Karpeka finds those who believe earnestly in the notion of a ‘ Dry Day’, but struggle to effect change. In this peek into provincial life, Karpeka documents both the banality of and indifference to one day in the life of a small Belarusian city where the sale of alcohol was banned for a mere 24 hours.

This was the first-ever Press Prize entry from Belarus. 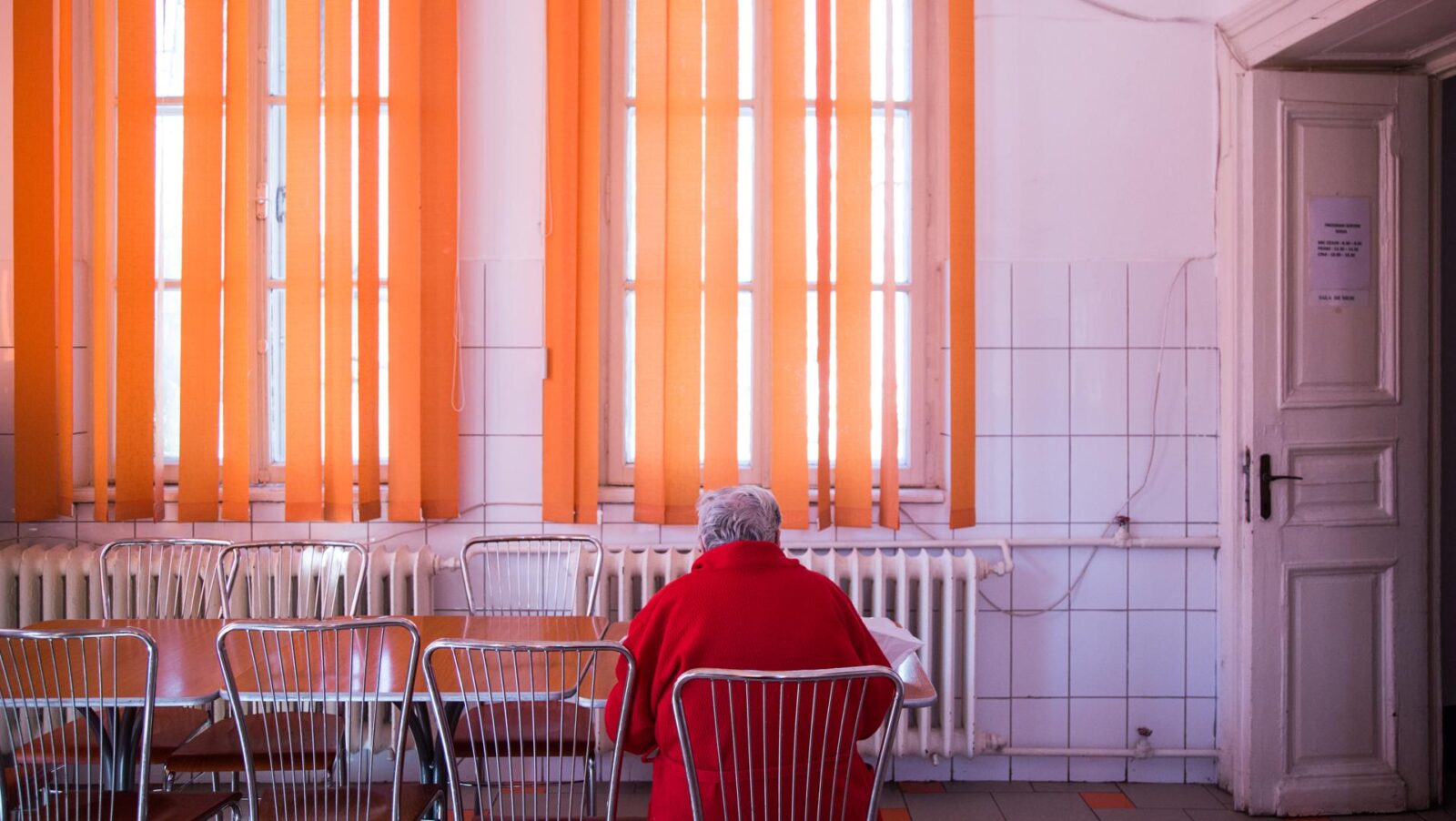 By Francesco Battistini. 2020 Nominee for the Distinguished Reporting Award

There is a specialized clinic in Iasi, Romania, where hundreds of caregivers have been hospitalized in past years because of depression and other psychiatric disorders. Romanians comprise the largest group of migrant workers in Italy. But when they go back to Romania, usually these women find broken families, grown-up sons who do not recognize them, and husbands who squandered their money or left them. The mental disease that results from the impact that work-based migration has on these women is called the “Italy Syndrome”.

Journalists in Europe: have you or a colleague written a great story in the past year? Entry period for the European Press Prize 2021 is open until December 11.