The bureau of the EPP is glad to announce that the entries have been coming in from all over the European continent. We do, however, realise that some journalists face difficulties when submitting their work. As of this year, we will therefore accept third party nominations for the long list. If a journalist is unable to submit an article due to any occupational hazard, a third party may nominate the article and author.

This issue was brought to our attention by, amongst others, former winner Yavuz Baydar. Here, he shares his thoughts on the European Press Prize, the media landscape in his home country, Turkey, and the need for journalists to stand together.

“With a profession in danger, and in order not to be exposed as endangered species, we should be aware of the potential we have.”

EPP Bureau: How did you come to know about the European Press Prize?
Yavuz Baydar: To quote a great song, I heard it through the grapevine. First, over a lunch conversation. Then two colleagues from Europe, reaching me on their own, encouraging me to apply. ‘Your work as news ombudsman over the years surely qualify for competition, do it!’ they kept saying. That’s the way it went.

Why was it important for you to enter?
Working as a journalist in Turkish media landscape was like taking daily walks on a minefield. Many of us did bold, high-quality work, which clashed sharply with the interests of the powers and insensitive, greedy media proprietors. We were walking wounded as a result, subjected to various punitive measures for simply defending the honour of our noble profession. I was fired twice – imagine – as an independent news ombudsman. The last one was one of the many consequences of the attacks against the media, which during the days of Gezi Park protests in 2013 led to my sacking, because I was keen on criticising the flawed, biased coverage of the newspaper that had employed me as a house critique. The mistreatment was painful, and I thought it would bring some consolation to be judged by peers and see whether or not I was doing the right thing by resisting professionally. It was a great honour to be acknowledged.

What does excellence in journalism mean to you?
It means a variety of things. It is steady awareness of the social role of journalism. A reminder of the fact that the primary duty of journalists is to scrutinize – by reporting, analysis and opinion – the structures of power, and monitor the social phenomenon. It means curiosity, perseverance, fearlessness, obstinacy in giving voice to the voiceless, being slavishly loyal to truth nothing but the truth, remaining sceptical, pursuing the perfect questions. And, it means, telling it like it is, with a simple, lucid, logical language that should be understood by everyone you address.

What can you tell us about the media landscape in Turkey?
At the moment, it is a wreck. It was something I saw coming, for years. Since 2013 Turkey is experiencing a sheer ‘power grab’ by one politician, Recep Tayyip Erdoğan, and it meant, certainly, that media would be its prime victim. As Turkey glided into authoritarianism, its leader followed the patterns of similar leaders such as Putin, Aliyev, Chavez and others, and took decisively control over the media, in particular TV, which is the most powerful tool in fragile democracies, for consolidating power.

But, Turkey stood out, by massive restrictive and grotesque measures, as a laboratory for understanding what’s at stake for the integrity of media worldwide. In a matter of three-four years, we witnessed a geometric rise of journalists sent to jail (now nearly 150 of them), massive numbers of colleagues arbitrarily sacked (up to 6.000 since Gezi protests; which means around 30% unemployed or forced to work in unfree environments), and more than 190 media outlets seized and/or shut down. Censorship is severe both over conventional and digital media. And, since Erdoğan’s ‘iron fist’ worked either as an invitation for submission or oppression, almost all the media proprietors imposed a culture of self-censorship, which took hold of newsrooms. As a result, Turkey’s otherwise seemingly diverse media scene is up to 90% directly or indirectly subordinated to the AKP government. Kurdish media is gone. Reporting is restricted in general. There is no more any investigative journalism left, which is the main indicator over how much of a wreck the journalism in Turkey is.

There is only one critical TV channel, and only four tiny newspapers on the left flank, trying to survive.

In this sense, Turkey sends signals to Europe and elsewhere about the ‘worst case scenario’ if we journalists do not raise our voices and get together across borders. Turkey is an extreme case, but a real one. What happens in Hungary, Poland and elsewhere in Eastern Europe has a potential to be contagious. Add to this the ‘Trump effect’, which rings alarm bells across the Atlantic. These are the hard times, and they will be harder ahead.

What effect does this have on journalist and their possibilities to make themselves heard?
As a journalist of nearly four decades, I have never seen a state of misery and despair. A highly qualified bulk of journalists are now placed behind bars. Others are unemployed. Some are, like myself, in exile. Almost all are scared. These extraordinary circumstances makes possible entries from Turkey rather impossible.

This is sensitive phase. I know there are many who would be willing to apply for an EPP award, but how could they do it if they are jailed? Another horrendous aspect is, that the authorities when they raided the critical outlets not only transferred their administration to government but deleted – yes, deleted – their entire digital archives! So, this places another challenge: how would the nominees display their work to be evaluated? These are specific questions for you to think about.

Is there something you want to say to journalists entering?
I would say, apply; go for it! And spread the word wherever you are in Europe. This award is a form of solidarity, and unification. Our profession is in danger, and in order not to be exposed as endangered species, we should be aware of the potentials we have.

What was your experience as a Laureate?
EPP is a powerful award. It establishes your position as a journalist in international scene, endorses your reputation, as well as guides you in your further path. It adds value to every laureates’ ‘brand’ and injects an authority in the struggle for the freedom, independence and diversity of media worldwide.

Yavuz Baydar won the Special Award of the European Press Prize in 2014 together with Alan Rusbdriger. He is the co-founder of P24, the Platform for Independent Media, and is a columnist and blogger. Please note that the deadline for entries is closing the 16th of December 2016. 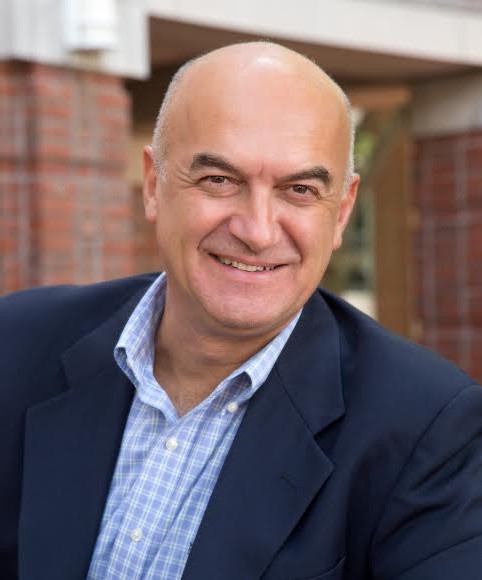