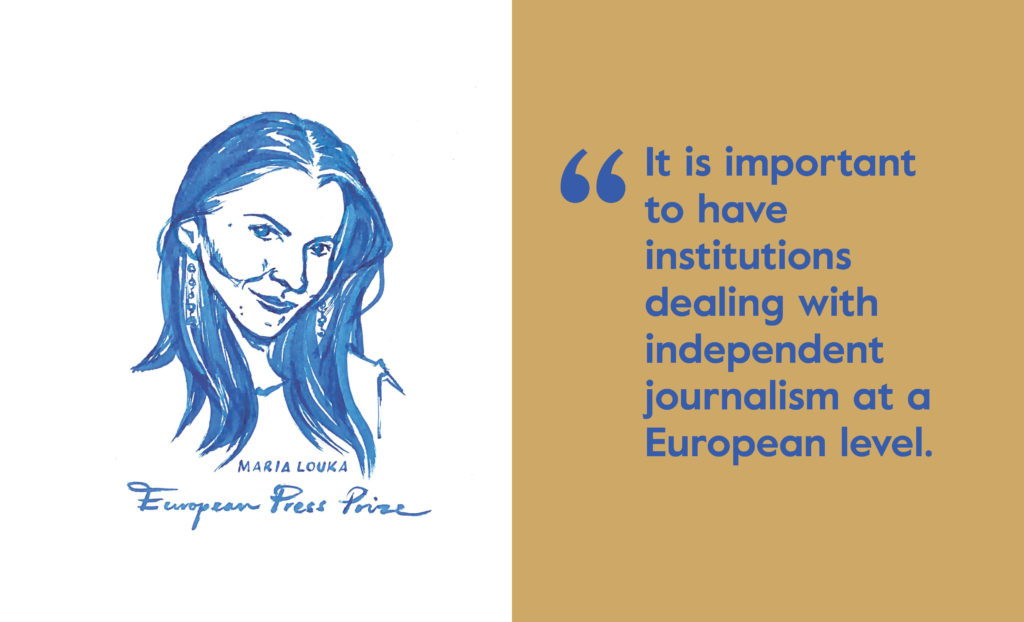 Since last summer, I have been working on a documentary observing the mourning process through some murder cases that shocked Greek society, such as the assassination of immigrant Shahzat Lukman, anti-fascist Pavlos Fyssas, and LGBTQI+ activist Zac Kostopoulos. I am interested in understanding how organized fascist violence is feeding back society’s fascistisation and how the families and communities where these persons are being part of, experience the process of mourning, including the element of pain and the demand for justice.

At the same time with regard to the editorial I try to deepen my research and analysis on two issues that I consider to be important nowadays, that of gender-based asymmetry and violence, and the issue of state apparatus’s and governance’s authoritarianism.

I think it is always important that the work of journalists is being recognized, especially at a time of emerging darkness and neo-conservatism that aims at controlling all aspects of social life. Journalists are obviously a contradictory group; therefore, I cannot talk about them in general.

However, practicing good and independent journalism is not an easy matter. It takes time, effort, research, argumentation and study. Moreover, it sometimes implies courage, as it can lead to conflicts with political and economic interests, even rooted stereotypes.

International statistics show censorship interventions, punitive dismissals, threats, violence, even murders of journalists. However, we are well aware that serious journalistic investigations serve the public interest, uncover corruption scandals or conflict of interests, crimes and human rights abuses, deconstruct ideologies of hatred such as racism, Islamophobia, anti-Semitism, sexism and homophobia. Exactly because this kind of journalistic investigation often has a great impact on journalists’ personal life, it is important to be recognized and supported in order to continue to exist.

“Practicing good and independent journalism is not an easy matter.”

It is important to have institutions dealing with independent journalism at a European level and a journalist should get in touch with them. I would encourage my colleagues to seek contact because you are then part of a community of reporters, researchers, and columnists all over Europe.

It gives you the opportunity to discover and read great works, to get acquainted with people and interact with them. In my opinion, it is an exploration process that inspires you to improve your own work and feel part of a whole where you can share your experiences, and goals.

I find it difficult to suggest a specific journalist. Nevertheless, I would say that it is encouraging that in a country (Greece) that is still in the spiral of the crisis – as the crisis, for the time being, has an ontological dimension – with press work relations completely deregulated, and the direct linking of many media with political and economic interests being crystallized more openly than ever, there are journalists who do a great job taking into account the interests of the society and not these of the establishment. 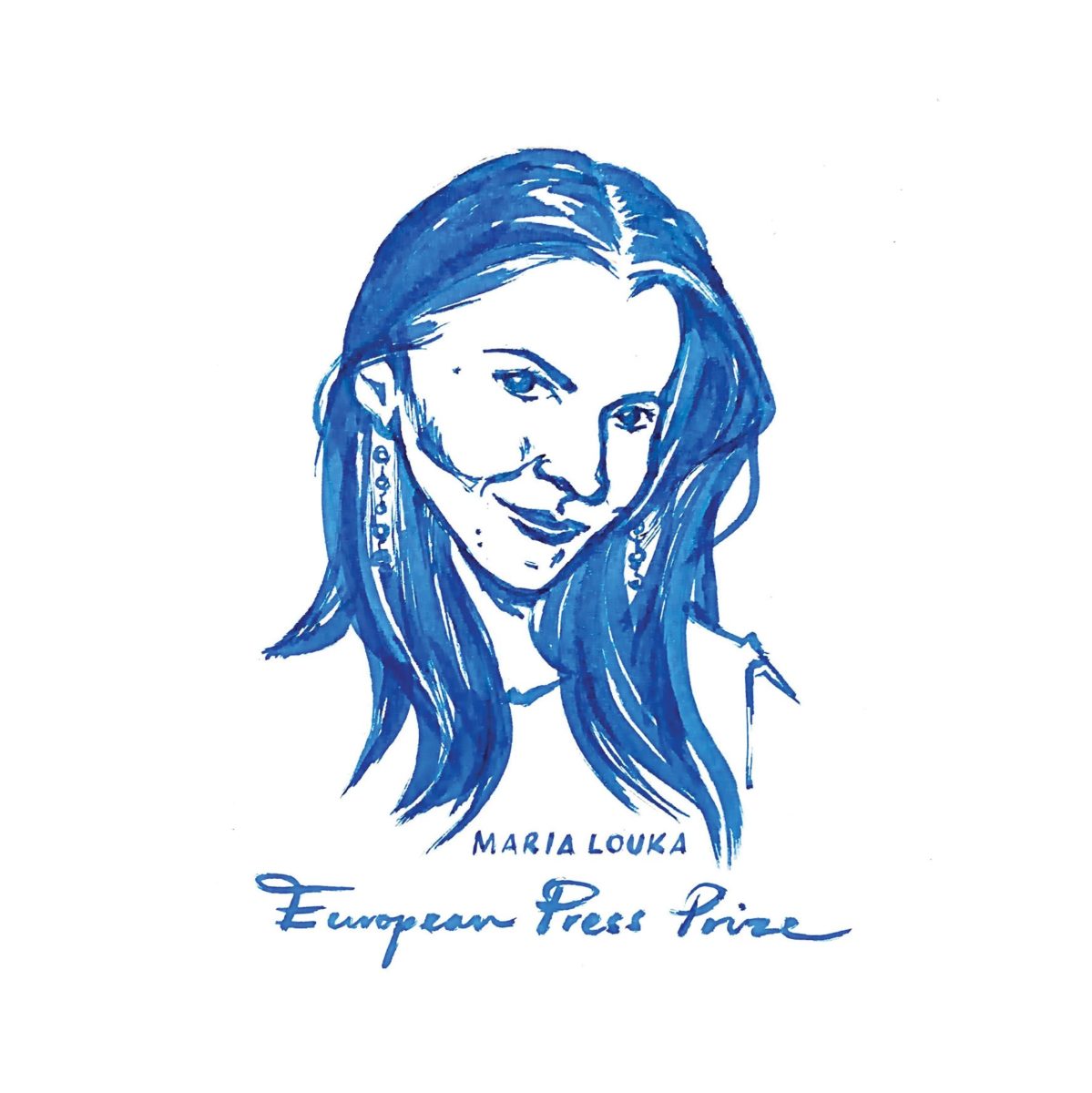