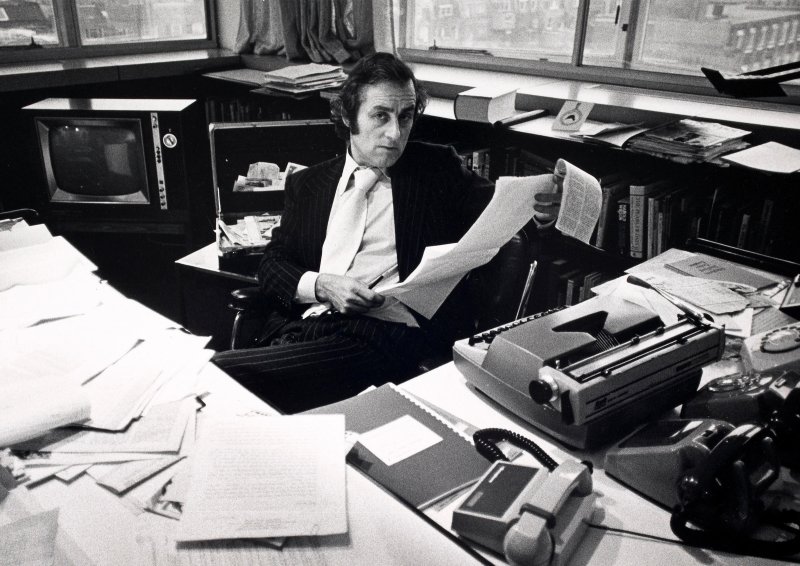 It is with great sadness that the European Press Prize announces the loss of our first ever judge Sir Harold Evans.

“Peter Preston asked me to chair the panel of judges for the European Press Prize at its inception, a post I proudly held until last year. Reading all the nominated work was always a thrilling experience… Think you know Europe? I did, as a long-time advocate of the European idea. I appreciate how much I learned – and enjoyed – of the ferment of life revealed by the fine collation of social, political, and economic reporting and commentaries; intellectual cartography and journalism of the highest order. ‘So this is Europe!’, I thought.”

Sir Harold Evans was the first to sign up in 2013, joining our founders in their mission to establish the first pan-European award of Pulitzer-like stature.

Harry was one of the greatest journalists of his generation, editor of The Sunday Times for almost 15 years, founder of Condé Nast Traveler in 1986 and journalist for the Manchester Evening News, The Northern Echo, The Sunday Times, The Atlantic Monthly and The New York Daily News over a span of 50 years.

He was the first to sign up as a judge for the newly-founded Press Prize in 2013 and joined our founders in their mission to establish the first pan-European award of Pulitzer-like stature. Harry was the heart and face of our panel of judges, representing Reuters where he was editor-at-large and always an avid admirer of brave, trailblazing and – preferably – earth-shattering journalism. He will be sorely missed.

Read the full obituary of Reuters here, the New Yorker article here, and the one written by Alan Rusbridger, our current Chair of the Panel of Judges, here.

“Harry was a wonderful chair, passionate, witty but demanding, always with a sharp eye on the best stories. British and European journalism at its best. It was an honour to sit at his side. RIP.”

– Sylvie Kauffman, his successor as Chair of the Panel of Judges

“Harry Evans didn’t just do the journalism at the European Press Prize brilliantly but the fun and life as well. The dinners, the fabulous tweed suit, his stories rollicking for Brexit opinion columns in the New York Times to dinners at the White House.”

– Maggie O’Kane, chair of the board

“Harry was a man of boundless charm and curiosity, able to dissect an article, situation or person (me) in a matter of minutes. I will never forget my dinner with him and other judges in The Royal Automobile Club in London, the night Russia annexed the Krim. Harry was the third to find out, the second to call it what it was, and the first to order an extra bottle of wine to ‘tackle this situation properly.'”

From all of his friends here at The European Press Prize:

Your charm, wit, enthusiasm and curiosity will be missed. Thank you, Harry.