Back Channel Cooperation: How Frontex Helps Haul Migrants Back To Libyan Torture Camps

At sunrise, Alek Musa was still in good spirits. On the morning of June 25, 2020, he crowded onto an inflatable boat with 69 other people seeking asylum. Most of the refugees were Sudanese like him. They had left the Libyan coastal city of Garabulli the night before. Their destination: the island of Lampedusa in Italy. Musa wanted to escape the horrors of Libya, where migrants like him are captured, tortured and killed by militias.

The route across the central Mediterranean is one of the world’s most dangerous for migrants. Just last week, another 100 people died as they tried to reach Europe from Libya. Musa was confident, nonetheless. The sea was calm and there was plenty of fuel in the boat’s tank.

But then, between 9 a.m. and 10 a.m., Musa saw a small white plane in the sky. He shared his story by phone. There is much to suggest that the aircraft was a patrol of the European border protection agency Frontex. Flight data shows that a Frontex pilot had been circling the immediate vicinity of the boat at the time.

However, it appears that Frontex officials didn’t instruct any of the nearby cargo ships to help the refugees, nor did the sea rescue coordination centres. Instead, hours later, Musa spotted the Ras Al Jadar on the horizon, a Libyan coast guard vessel.

With none of them wanting to be hauled back to Libya, the migrants panicked. “We tried to leave as quickly as possible,” says Musa, who won’t give his real name out of fear of retaliation.

Musa claims the Libyans rammed the dinghy with their ship. And that four men had gone overboard. Images from an aircraft belonging to the private rescue organization Sea-Watch show people fighting for their lives in the water. At least two refugees are believed to have died in the operation. All the others were taken back to Libya.

Frontex Has Turned the Libyans into Europe’s Interceptors

The June 25 incident is emblematic of the Europeans’ policy in the Mediterranean: The EU member states ceased sea rescue operations entirely in 2019. Instead, they are harnessing the Libyan coast guard to keep people seeking protection out of Europe.

The European Court of Human Rights ruled back in 2012 that refugees may not be brought back to Libya because they are threatened with torture and death there. But that’s exactly what Libyan border guards are doing. With the help of the Europeans, they are intercepting refugees and hauling them back to Libya. According to an internal EU document, 11,891 were intercepted and taken back ashore last year.

The EU provides financing for the Libyan coast guard and has trained its members. To this day, though, it claims not to control its operations. “Frontex has never directly cooperated with the Libyan coast guard,” Fabrice Leggeri, the head of the border agency, told the European Parliament in March. He claimed that the Libyans alone were responsible for the controversial interceptions. Is that really the truth, though?

Together with the media organization “Lighthouse Reports,” German public broadcaster ARD’s investigative magazine “Monitor” and the French daily “Libération,” DER SPIEGEL has investigated incidents in the central Mediterranean Sea over a period of several months. The reporters collected position data from Frontex aircraft and cross-checked it with ship data and information from migrants and civilian rescue organizations. They examined confidential documents and spoke to survivors as well as nearly a dozen Libyan officers and Frontex staff.

This research has exposed for the first time the extent of the cooperation between Frontex and the Libyan coast guard. Europe’s border protection agency plays an active role in the interceptions conducted by the Libyans. The reporting showed that Frontex flew over migrant boats on at least 20 occasions since January 2020 before the Libyan coast guard hauled them back. At times, the Libyans drove deep in the Maltese Search and Rescue Zone, an area over which the Europeans have jurisdiction.

Some 91 refugees died in the interceptions or are considered missing – in part because the system the Europeans have established causes significant delays in the interceptions. In most cases, merchant ships or even those of aid organizations were in the vicinity. They would have reached the migrant boats more quickly, but they apparently weren’t alerted. Civilian sea rescue organizations have complained for years that they are hardly ever provided with alerts from Frontex.

The revelations present a problem for Frontex head Leggeri. He is already having to answer for his agency’s involvement in the illegal repatriation of migrants in the Aegean Sea that are referred to as pushbacks. Now it appears that Frontex is also bending the law in operations in the central Mediterranean.

An operation in March cast light on how the Libyans operate on the high seas. The captain of the Libyan vessel Fezzan, a coast guard officer, agreed to allow a reporter with DER SPIEGEL to conduct a ride-along on the ship. During the trip, he held a crumpled piece of paper with the coordinates of the boats he was to intercept. He didn’t have any internet access on the ship – indeed, the private sea rescuers are better equipped.

The morning of the trip, the crew of the Fezzan had already pulled around 200 migrants from the water. The Libyans decided to leave an unpowered wooden boat with another 200 people at sea because the Fezzan was already too full. The rescued people huddled on deck, their clothes soaked and their eyes filled with fear. “Stay seated!” the Libyan officers yelled.

Sheik Omar, a 16-year-old boy from Gambia squatted at the bow. He explained how, after the death of his father, he struggled as a worker in Libya. Then he just wanted to get away from there. He had already attempted to reach Europe five times. “I’m afraid,” he said. “I don’t know where they’re taking me. It probably won’t be a good place.”

The conditions in the Libyan detention camps are catastrophic. Some are officially under the control of the authorities, but various militias are actually calling the shots. Migrants are a good business for the groups, and refugees from sub-Saharan countries, especially, are imprisoned and extorted by the thousands.

Mohammad Salim was aware of what awaited him in jail. He’s originally from Somalia and didn’t want to give his real name. Last June, he and around 90 other migrants tried to flee Libya by boat, but a Frontex aeroplane did a flyover above them early in the morning. Several merchant ships that could have taken them to Europe passed by. But then the Libyan coast guard arrived several hours later.

Once back on land, the Somali was sent to the Abu Issa detention centre, which is controlled by a notorious militia. “There was hardly anything to eat,” Salim reported by phone. On good days, he ate 18 pieces of macaroni pasta. On other days, he sucked on toothpaste. The women had been forced by the guards to strip naked. Salim was only able to buy his freedom a month later when his family had paid $1,200.

The EU is well aware of the conditions in the Libyan refugee prisons. German diplomats reported “concentration camp-like conditions” in 2017. A February report from the EU’s External Action described widespread “sexual violence, abduction for ransom, forced labour and unlawful killings.” The report states that the perpetrators include “government officials, members of armed groups, smugglers, traffickers and members of criminal gangs.”

Supplies for the business are provided by the Libyan coast guard, which is itself partly made up of militiamen.

According to official documents, the JRCC is located at the Tripoli airport. But members of the Libyan coast guard claim that the control centre is only a small room at the Abu Sitta military base in Tripoli, with just two computers. They claim that it is actually officers with the Libyan coast guard who are on duty there. That the men there have no ability to monitor their stretch of coastline, meaning they would virtually be flying blind without the EU’s aerial surveillance. In the event of a shipping accident, they almost only notify their own colleagues, even though they currently only have two ships at their disposal. Even when their ships are closer, there are no efforts to inform NGOs or private shipping companies. Massoud Abdalsamad, the head of the JRCC and the commander of the coast guard even admits that “The JRCC and the coast guard are one and the same, there is no difference.”

WhatsApp Messages to the Coast Guard

As such, experts are convinced that even the mere transfer of coordinates by Frontex to the JRCC is in violation of European law. “Frontex officials know that the Libyan coast guard is hauling refugees back to Libya and that people there face torture and inhumane treatment,” says Nora Markard, professor for international public law and international human rights at the University of Münster.

In fact, it appears that Frontex employees are going one step further and sending the coordinates of the refugee boats directly to Libyan officers via WhatsApp. That claim has been made independently by three different members of the Libyan coast guard. DER SPIEGEL is in possession of screenshots indicating that the coast guard is regularly informed – and directly. One captain was sent a photo of a refugee boat taken by a Frontex plane. “This form of direct contact is a clear violation of European law,” says legal expert Markard.

When confronted, Frontex no longer explicitly denied direct contact with the Libyan coast guard. The agency says it contacts everyone involved in emergency operations in order to save lives. And that form of emergency communication cannot be considered formal contact, a spokesman said.

But officials at Frontex in Warsaw are conscious of the fact that their main objective is to help keep refugees from reaching Europe’s shores. They often watch on their screens in the situation centre how boats capsize in the Mediterranean. It has already proven to be too much for some – they suffer from sleep disorders and psychological problems. 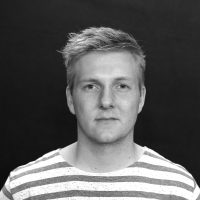 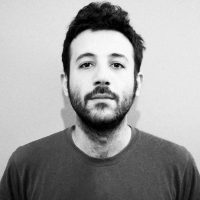 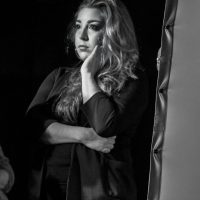 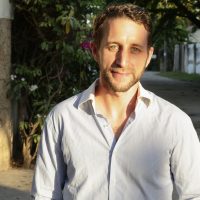 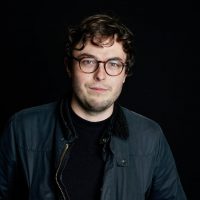 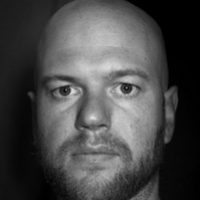 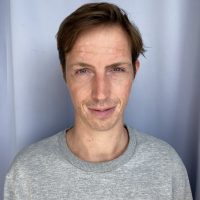 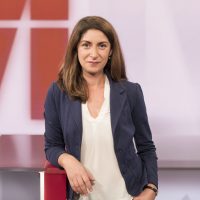 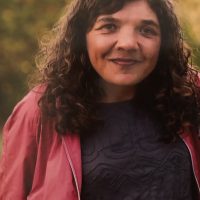